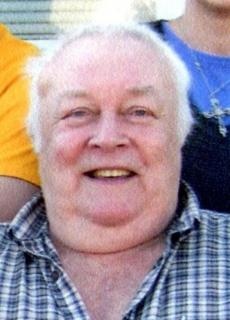 Celebration of Life Services: Will be held on Monday, December 18, 2017, at 10:30 a.m. at the Steen Funeral Home in Massena with burial in the Massena Center Cemetery. Pastor James Hansen will officiate the service. A luncheon will follow the burial at the St. Patrick’s Catholic Church in Massena.

Family Visitation: The family will greet friends on Sunday from 4:00 p.m. to 6:00 p.m. at the Steen Funeral Home in Massena.

Memorials: Memorials may be directed to the Richard Sherley memorial fund to be established by the family at a later date.

Richard (Dick) Eugene Sherley was born May 22, 1938 to Leroy Jacob and Jean Iletha (Gardner) Sherley in Adair County.  He passed away on Tuesday December 12, 2017 at the Atlantic Specialty Care Center at the age of 79.’

He was raised with his sister Marlene on a farm in rural Bridgewater.  He graduated from Bridgewater High School in 1957.  After graduation he farmed with his mother.  In 1962 he was united in marriage with Mary Louise Herr in the Fontanelle Lutheran Church.

Dick and Mary started their family on a farm north of Bridgewater and eventually resided in Massena.  Through those years Dick farmed, worked at sale barns, drove a semi truck and worked scrap iron.  He then opened Dick’s Bar in 1991 in Massena which he ran with his wife until 2003.

Dick had a passion for baseball.  He liked to tell his kids and grandkids the story of being invited to major league baseball camps but eventually threw out his pitching arm, but continued to be a fan of the game until the end.  He also enjoyed going to auctions and finding treasurers.  Both of these interest were passed down to his children.

He was preceded in death by his parents, step-father, Henry Fleming, step-sister Nancy Collins and brother-in-law Dennis Schildberg.

The family of Dick Sherley wishes to express their gratitude for the many acts of kindness shown during this time of worldly sorrow, but heavenly rejoicing. They invite you to join them for a light lunch and fellowship at the church following the services at the cemetery to share stories and memories in celebration of Dick's life.

To order memorial trees or send flowers to the family in memory of Richard Sherley , please visit our flower store.