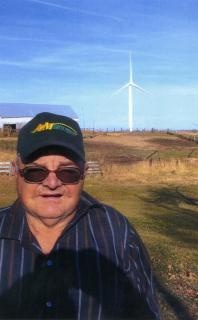 Funeral Service: Will be held on Tuesday, February 9, 2016, at 11:00 a.m. at the St. Peter’s United Church of Christ south of Massena with burial in the Victoria Township Cemetery. Pastor James Hansen will officiate the service. A luncheon will follow the burial at the Massena Legion Hall.

Family Visitation: Will be held on Monday evening at the Steen Funeral Home in Massena from 5:00 p.m. to 7:00 p.m.

Memorials: In lieu of flowers to the Dick Wiechman memorial fund to be established by the family.

Richard Lee Wiechman was born March 17, 1943, the son of Clarence and Arline (Kerkman) Wiechman in Atlantic, Iowa. He passed away on Friday, February 5, 2016, at the Atlantic Specialty Care in Atlantic, Iowa, at the age of 72.

Dick was baptized and confirmed at the St. Peter United Church of Christ south of Massena. He was a life time member – serving his church in many ways. He lived in Victoria Township most of his life. He attended Victoria #6 through 7th grade, then the rural schools closed in 1958, he went to Massena graduating from C&M in 1962.

In 2012, they sold the cows as Dick was going to retire. But in May of 2012, he had a life changing accident where he spent his remaining years in rehab at the Atlantic Specialty Care in Atlantic, Iowa.

He was preceded in death by his father, Clarence Wiechman.

To order memorial trees or send flowers to the family in memory of Richard Wiechman , please visit our flower store.