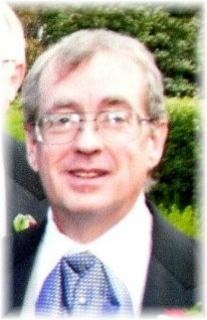 Memorials: To the Robert Albright memorial fund to be established by the family at a later date

Robert Dale Albright was born on December 16, 1956, in Guthrie Center, Iowa, the son of Ronald Deloss and Mildred Leota (Rosenberger) Albright. He passed away at his home in Greenfield, Iowa, on April 3, 2013, at the age of 56.

Robert grew up and graduated from Bayard High School in 1975. After graduation he attended Southwestern Community College in Creston, Iowa, taking automotive classes. He worked for the Ford Garage in Greenfield. On November 3, 1984, he was united in marriage to Connie Davis in Greenfield, Iowa. To this union two sons were born: Reece and Ryan. Robert became a stay at home dad. He loved taking care of his boys. He enjoyed motorcycles, cars, gardening, and spending time with his family.

To order memorial trees or send flowers to the family in memory of Robert Albright , please visit our flower store.