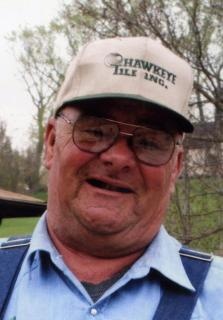 Funeral Services: Will be held on Monday, September 21, 2015, at 11:00 a.m.at the Baptist Church in Massena with full military graveside rites conducted by the Antia American Legion Post No. 210 at the Victoria Township Cemetery, rural Massena.

Family Visitation: The family will greet friends on Sunday, September 20th from 3 to 5 p.m. at the Steen Funeral Home in Massena.

Memorials: Memorial may be directed to the Robert Bagshaw memorial fund to be established by the family at a later date.

Robert James Bagshaw was born November 18, 1942, the son of Robert Lewis and Clidie (Carmack) Bagshaw in Massena, Iowa. He passed away on Monday, September 14, 2015, at the Creighton University Medical Center in Omaha, Nebraska, at the age of 72.

Bob was raised southeast of Massena where he attended country school at Victoria No. 6. He graduated from Cumberland and Massena High School. He served his country in the United States Army from 1964 to 1966. On June 16, 1971, he was united in marriage to Kathleen Raye Yarger in the United Methodist Church in Massena. To this union three children were born: Robert James, Jr., Debra and John.

Bob owned and operated Bagshaw Tiling, Inc. in Massena for many years, retiring in 2010. He loved working and being outdoors. He enjoyed fishing, pheasant hunting, coyote hunting, tearing things apart in the shop and calling Robbie or John to put it back together.

He was preceded in death by his parents; sister, Sharon and brother-in-law, John LeRoy Greenwalt.

To order memorial trees or send flowers to the family in memory of Robert Bagshaw , please visit our flower store.
Send a Sympathy Card