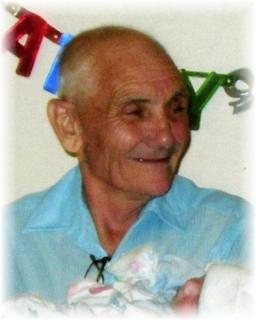 Funeral Services: Will be held on Thursday, December 19, 2013 at 11:00 a.m. at the Steen Funeral Home in Massena, Iowa. A luncheon will immediately follow services at the First Baptist Church in Massena.

Memorials: In lieu of flowers memorials may be directed to the Robert Brownlee memorial fund to be established by the family at a later date.

Robert Eldon Brownlee was born August 17, 1940 in Mt. Edna to Marjorie (Yarrington) Brownlee and K. Eldon Brownlee. Robert entered in to heaven on December 14, 2013 at the Cass County Memorial Hospital.

Robert attended Bridgewater and Greenfield area schools until the 11th grade. He farmed most of his life, from cattle, hogs, sheep, and dairy cows to crops.

Robert was united in marriage to Carolyn (Stroup) Mills on August 12, 1990 and joined their five children to make a family. Robert and Carolyn made their home in rural Cumberland and Massena, where Carolyn's son Howard lived and helped Robert farm for many years. In the later part of Robert's life he enjoyed raising dogs until 2010. He also enjoyed gardening and watching his grandkids play outside.

Robert was a member of the First Baptist Church in Massena, where he excepted the Lord as his savior in June 2013. Even through the last five years as his health decreased, Robert enjoyed playing anyone in checkers, the outdoors, his grandkids and the company of his family.

To order memorial trees or send flowers to the family in memory of Robert Brownlee , please visit our flower store.
Send a Sympathy Card