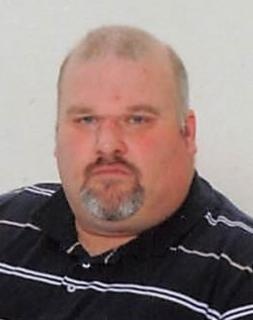 Memorials: Memorials may be directed to Robert “Rob” Greever Memorial Fund to be established by the family at a later date.

Robert Lee Greever was born October 8, 1971, at the Montgomery County Hospital in Red Oak Iowa. He was the first born son of Stephen and Alice (Anderson) Greever. He attended Red Oak Schools and was a member of the class of 1990.

Rob met Janice Hutchins in 2005 online through eharmony.com. On February 23, 2009, they married at The Graceland Wedding Chapel in Las Vegas NV.

Rob was an owner/operator Truck Driver for many years. Following in his grandfather, father, and uncles footsteps.

He was preceded in death by his parents Steve and Alice Greever, his grandparents Merlin and Effa Anderson, Glen and Pat Greever, and his Uncle Chuck Greever.

To order memorial trees or send flowers to the family in memory of Robert Greever , please visit our flower store.