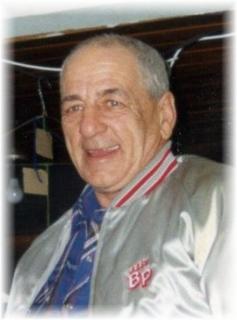 Funeral Services: Will be held on Saturday, May 10, 2014, at 10:30 a.m. at the United Methodist Church in Greenfield with burial at the Greenfield Cemetery. A luncheon will be held at the church following the committal services at the cemetery. Pastors Eric Schubert and Sandy Smith will officiate the service.

Family Visitation: The family will greet friends on Friday evening from 6 to 8 p.m. at the United Methodist Church in Greenfield.

Memorials: To the Robert Jameson, Sr. memorial fund to be established by the family.

Robert Eugene Jameson Sr. was born December 6, 1930, the son of Clyde Elwood and Katherine (Funke) Jameson on a farm in Adair County near Greenfield, Iowa. He passed away on Tuesday, May 6, 2014, at the Adair County Memorial Hospital in Greenfield where he was lovingly cared for in his final days by his family.

“Bob” as he was familiarly known, was one of nine children. He attended Lee No. 3 rural school and graduated from Greenfield High School in 1948. He was united in marriage to Delores Marie Ruch on June 2, 1949, in Des Moines, Iowa. They made their home in Greenfield for a short time then moved to a farm near Bridgewater until 1960 when they moved to Bridgewater. Bob worked as an electrician with his brother and then went to work at the elevator.

During these years they became parents of three children, Robert Jr. “Bobbie”, Vicki and Randall. In 1971, Bob and Delores purchased the elevator and operated it as Jameson Feed and Grain. They sold it in 1995. He was an honest businessman and a hard worker and was involved in community affairs when able. Bob was a devoted family man both to his immediate and extended family. One of his greatest pleasures was camping at the Iowa State Fair every year. As many of the family as possible would join him and Delores for a fun time. His family will miss his yearly gift of homemade jam.

To order memorial trees or send flowers to the family in memory of Robert Jameson , please visit our flower store.
Send a Sympathy Card