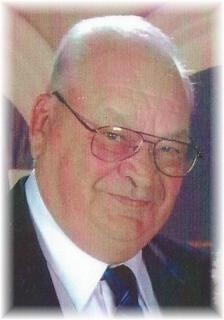 A Celebration of Life Memorial Service: will be held in Massena on Saturday, May 4, 2013, at 2:30 p.m. at the United Methodist Church. The family will greet friends one hour prior to services. A luncheon will immediately follow the service.

Robert lived in Victoria township most of his life and attended Victoria #2 School through 8th grade. He graduated from Massena High School in 1955. He attended Iowa State University and Simpson college.

On December 28, 1960 Robert married Earlene Bixler at the Massena United Methodist Church. He spent many years farming but also did some truck driving. After having heart surgery in 1994, he worked for Ticknor Farms and then Cumberland-Massena Community School until retiring in 2000.

Robert was in the Iowa National Guard and served active duty at Fort Leonardwood, Missouri and at Fort Dix, New Jersey. During the years he lived in Massena, he was a member of the Massena Fire Dept., the Massena Lions Club and he worked with the Little Britches Rodeo.

He was a lifelong member of the Massena United Methodist Church. Some of Bob’s favorite activities were gardening, reading, traveling, mowing the lawn, socializing and he had a great interest in old cars and tractors and history. He loved the time he spent with his family, especially his grandson, Sam. He enjoyed the past 12 winters in Arizona but was always ready to come home to plant potatoes and tend to the horseradish in the spring.

Robert will be greatly missed by his wife of 52 years, Earlene; daughter, Stephanie Krauth and her husband, Christopher Lindgren and grandson, Samuel Lindgren of Fulton, Missouri and son, Scott Krauth of Grimes, Iowa; sisters-in-law, Karen Palumbo of Coralville, Iowa and Lavonne Krauth of Newberry, Florida; and many nieces and nephews.

He was preceded in death by his parents, Carl and Myrtle Krauth and a brother, John William.

Memorials may be directed to the Robert Krauth memorial fund to be established by the family at a later time.

To order memorial trees or send flowers to the family in memory of Robert Krauth , please visit our flower store.