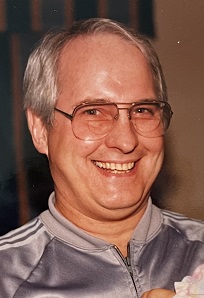 Graveside Services:  Will be held on Saturday, June 25, 2022, at 9:00 a.m. at the Fontanelle Cemetery in Fontanelle, Iowa.  A luncheon will follow the service at the St. John's Catholic Church in Greenfield.  Father Phillip Bembong will officiate the service.  The Lamb Funeral Home in Fontanelle is in charge of the professional arrangements.  Online condolences may be left to the family at www.lambfuneralhomes.com.

Preceded in death by his parents and infant daughter, Jill Kathryn Lane.

Robert graduated from Fontanelle High School– Class of 1957 and enrolled at Texas A&M receiving a B.S. in Industrial Engineering in 1984.  He completed his M.B.A. from Emory University in 1995 while leading the Retail/Supply chain consulting practice as EVP/Partner at Garr Consulting and Deloitte & Touche in Atlanta, Georgia.  Robert formed his own consulting firm, RD Lane and Associates, and worked both domestically and internationally.  He was enthusiastic about advanced technology in his management consultancy which led him to work and travel the world extensively.

Robert was blessed with a loving family and will be remembered by his entertaining stories and family get-togethers, especially a trip to Hawaii to honor his parents 50th wedding anniversary with the entire family.  Robert’s passions in life were golf, his private pilot’s license flying airplanes, his family’s genealogy, and travels with his family. He shared his passions with his parents who were also avid golf players into their mid-eighties, and his sons who learned to fly before they had their license to drive a car. Robert was a true Renaissance man and someone who appreciated life to its fullest.

To order memorial trees or send flowers to the family in memory of Robert Lane, 81, formerly of Fontanelle, please visit our flower store.
Send a Sympathy Card