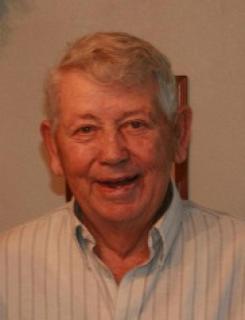 Celebration of Life Services: Will be held on Saturday, June 5, 2021, at 11:00 a.m. at the Greenfield United Methodist Church with a luncheon immediately following the service.  The family is looking forward to visiting with old friends and neighbors.  Pastor Melinda Stonebraker will officiate the service.

Memorials: Memorials may be directed to the Bob Lilly memorial fund to be established at a later date.

Robert was born at his parents’ home in Zion, Iowa. When he was a child his parents moved to his grandfather’s farm in Lee township and he lived there until he graduated from Orient High School. Robert started driving the school bus when he was 14 years old and drove the bus until he graduated from high school in 1947. Following high school, he moved to Rock Island, IL where he met his lovely wife. In Rock Island he started working construction, but he didn’t care for that so he started working in the foundry at International Harvestor. He moved from the foundry to the factory line and he worked there from 1947 to 1953.

After moving to Rock Island, he met his future wife at Montgomery Wards. He married Elva Ann Allen on December 5, 1948. Their wedding was held at the home of Elva’s parents in Rock Island, IL. They were blessed with 2 daughters (Ruth (1949) and Marilyn (1951)) while living in Rock Island. Robert always talked to Elva about his desire to farm. In 1953 they moved from Rock Island to Fontanelle, IA and started farming on the Floyd Robinson farm. While living on the Robinson farm, they were blessed with 3 more children: Ron (1953), Mike (1955), and Debbie (1958). They remained on the Robinson farm until 1962 when they moved to Grove Township and farmed on the Charles Flickenger’s farm. They were blessed with 2 more children: Lloyd (1965) and Beverly (1967). They remained on the farm northeast of Greenfield until 1992. In 1992, they built their beautiful brick ranch home on the North side of Greenfield where Elva is still living. In July 2019, Robert moved to the Greenfield Rehabilitation and Health Care Center. He was well cared for by the staff at the nursing home. He enjoyed being able to play cards. Despite the quarantine restrictions imposed by COVID, he remained positive and loved his “window” visits with his family.

Robert had a desire to travel and vacation with his family. In 1957, the family began taking summer vacations and traveled out West to Colorado to see the Mountains. The family originally camped in tents and enjoyed many wonderful adventures. The trips out West continued for the next 40 years, where many fond memories were shared with family and friends. In addition to Colorado, the family also vacationed in the mountains of Wyoming, Utah, and traveled to Canada and Alaska. Their sleeping arrangements progressed from a tent to various campers until they graduated to a 5th wheel camper where it felt like they were traveling in the lap of luxury with an indoor toilet, shower, and furnace!

Robert and Elva also began taking trips to Texas to see Robert’s brothers. They eventually began traveling to the southern tip of Texas and liked it so much that they decided to winter in Texas at the Green Acres campground in Donna, Texas. They made many friends during these years. Robert enjoying playing pool at the clubhouse. They started wintering in Texas around 1990 and continued until 2017.

Robert served as President of the Adair County National Farmer’s Organization (NFO), and he served as Chairman of the Board on the Greenfield Farmer’s Co-op Board of Directors for many years. Robert enjoyed playing cards, square dancing, visiting with neighbors and family. Robert loved his children and grandchildren very much. He was very supportive of all of his children and grandchildren’s activities.

To order memorial trees or send flowers to the family in memory of Robert Lilly , please visit our flower store.
Send a Sympathy Card