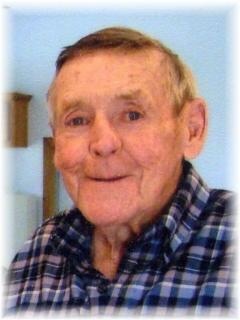 Funeral Services: Will be held on Tuesday, July 15, 2014, at 10:30 a.m. at the Immanuel Lutheran Church in Greenfield with burial in the Greenfield Cemetery. A luncheon will be held at the church following services at the cemetery. The Rev. Dr. Keith Schweitzer will officiate the service.

Open Visitation: Will be held on Monday, July 14th at the Immanuel Lutheran Church in Greenfield from 1:00 p.m. to 8:00 p.m.

Family Visitation: The family will greet friends on Monday, July 14th at the Immanuel Lutheran Church in Greenfield from 6 to 8 p.m.

Memorials: To the Robert Lydon memorial fund to be established by the family at a later date.

Robert Dean Lydon (Bob/Bobby) was born on February 6, 1940 to Bernard and Velva (Nelson) Lydon at the family home in Adair County Iowa. He passed away on July 11, 2014 surrounded by his children at the Iowa Methodist Medical Center in Des Moines, Iowa, at the age of 74.

Bob grew up in Adair County. He was baptized on May 20, 1944, and confirmed on October 17, 1954 at St. John's Catholic Church. He graduated from Greenfield High School in 1958. On April 9, 1961 he was united in marriage to Ardis Baudler. They were blessed with four daughters; Tamara Marie Mueller (Mike) of Greenfield, Debra Colleen May (Dave) of Redwood Falls, MN, Kelly Lynn Mitchell (Jeff) of Greenfield and Shelly Kay Harris (Lynn) of Greenfield.  Later he was blessed with four wonderful sons-in-law.

Bob had a great love for his family. He taught them all how important family is. He was always telling stories about growing up in a large family and about being the youngest of 14 children. These stories will be passed on to his future grandchildren. Bob was an avid Iowa Hawkeye and Nodaway Valley Fan. He loved playing cards and having social time with his many friends. Bob was a member of the Immanuel Lutheran Church in Greenfield.

Farming was a big part of Bob's life for many years. He taught his four daughters many aspects of farming including walking beans and cutting thistles. In recent years Bob enjoyed gardening with his family. He was a superb supervisor.

Bob is survived by his immediate family, his sister, Arlene Jensen of Ankeny; many other relatives and friends.

To order memorial trees or send flowers to the family in memory of Robert Lydon , please visit our flower store.