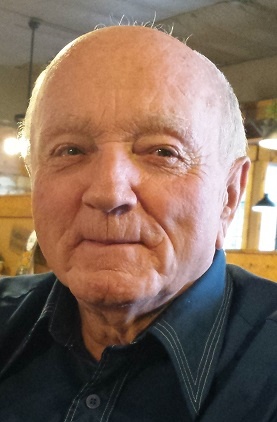 Mass of Christian Burial:  Will be held on Thursday, June 16, 2022, at 10:30 a.m. at the St. John’s Catholic Church in Greenfield with burial in the Greenfield Cemetery.   A luncheon will be held at the church following the committal services at the cemetery.  Father Phillip Bempong will officiate the service.  Online condolences may be left to the family at www.lambfuneralhomes.com.  The Lamb Funeral Home of Greenfield is in charge of professional arrangements.

Family Visitation:  The family will greet friends on Thursday, June 16, 2022, at the St. John’s Catholic Church in Greenfield one hour prior to services.

Robert Neal McDermott was born September 13, 1936, in Adair County, Iowa, the fourth child of eight to Clayton C. and Pauline A. (Welsch) McDermott.  He passed away on Friday, June 10, 2022, at the Good Samaritan Society in Fontanelle, Iowa, at the age of 85.

Bob attended country school in Adair County and graduated from Bridgewater High School in 1954.  He served his country in the United States Army.  He was a member of the St. John’s Catholic Church in Greenfield.  Bob enjoyed bowling, golfing, going to horse races and keeping track of local sport teams.

He is survived by his sister, Mary Wichhart (Dan) of Creston; brother, Douglas McDermott (Janet) of Jefferson; sister-in-law, Margene McDermott of Omaha, Nebraska; many nieces, nephews, other relatives and friends.

To order memorial trees or send flowers to the family in memory of Bob McDermott, 85, of Greenfield, please visit our flower store.

A luncheon will be held at the church following the burial in the Greenfield Cemetery.