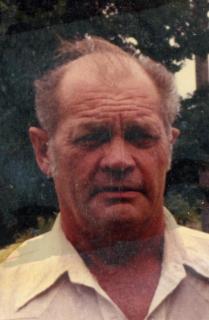 Funeral Services: Will be held on Thursday, May 26, 2016, at 1:30 p.m. at the Steen Funeral Home in Fontanelle with burial at the Fontanelle Cemetery. Pastor Lauri Greenlee will officiate the service.

Family Visitation: The family will greet friends on Wednesday, May 25th, from 4:00 p.m. to 7:00 p.m. at the Steen Funeral Home in Fontanelle.

Memorials: To the Robert Rechtenbach memorial fund to be established by the family at a later date.

Robert (Bob) Leon Rechtenbach was born December 29, 1935, the son of Earl and Genevieve (Shewman) Rechtenbach in Adair County, Iowa. He passed away on May 21, 2016, at the Greater Regional Hospice Home in Creston, Iowa, after a two day stay, at the age of 80.

Bob graduated from Bridgewater High School in 1954. On May 5, 1957, he was united in marriage to Shirley Bond. To this union a daughter and son were born.

Right out of high school Bob started working for Capital Bridge Construction. He was known throughout the Midwest as an excellent dragline (crane) operator. Bob's work took him to Nebraska, Kansas, Iowa and Missouri on bridge construction sights.

Bob moved back onto the family farm, on which he was born, in 1992 and retired from construction life in 2003. He enjoyed many years of tinkering on the farm and using his dad's old Ford tractor, making fence, picking up rocks and such.

Bob devoted himself to alcoholics anonymous, the last 11 years of his life. He attended meetings, helped other people and made life long friends.

Bob's failing health forced him to move into Bridgewater for the last 1 1/2 years of his life. Throughout his health issues, Bob remained positive and viewed everyday as a gift.

He was preceded in death by his parents; brothers, Ernest and Ray; sister-in-law, Sally; nephews, Thomas Rechtenbach and Joe Siemek; and son-in-law, Bill Bartlett;

To order memorial trees or send flowers to the family in memory of Robert Rechtenbach , please visit our flower store.
Send a Sympathy Card