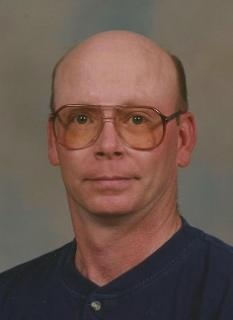 Celebration of Life Services: Will be held on Thursday, April 18, 2019, at 11:00 a.m. at the Steen Funeral Home in Greenfield with burial in the Hill of Zion Cemetery, rural Orient with full military graveside rites by the Greenfield American Legion Head-Endres Post No. 265 and V.F.W. Post No. 5357. A luncheon will be held at the Orient United Methodist Church following the graveside service. Father James Ahenkora will officiate the service.

Memorials: May be directed to the Roger Lauer memorial fund to be established by the family.

Roger grew up on the farm with his loving family south of Zion. He graduated from Orient-Macksburg High School in 1982. He joined the Air Force upon graduation. He graduated with honors from Lowry Air Force Base in Aircraft Armament Systems Specialist; completed five skill levels in Armament Systems with honors; and completed noncommissioned Officer Preparatory course. Upon discharge from the Air Force, he completed technical training from the Universal Technical Institute. Roger worked as a heating and cooling technician for Boyd’s Appliance in Creston, Neighbors Heating and Cooling in Ames and Farley’s in Creston. During his off hours, he farmed with his brother, Ron.

To order memorial trees or send flowers to the family in memory of Roger Lauer , please visit our flower store.
Send a Sympathy Card