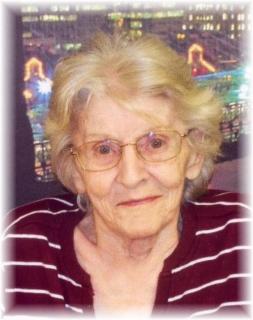 Funeral Services: Will be held on Saturday, April 19, 2014, at 11:00 a.m. at the Steen Funeral Home in Greenfield with burial at the Fontanelle Cemetery. Pastor Eric Schubert will officiate the service.

Memorials: May be directed to the family.

Rolene grew up and attended school in Greenfield. On November 27, 1946, she was united in marriage to Harold Campbell in Atchinson, Kansas. To this union two daughters were born: Sharon and Boots. They lived in Orient and in 1967 Harold passed away. She then married Henry Roll, Jr. on September 29, 1967, in Omaha, Nebraska. She worked for Richman Gordman Distribution in Omaha, retiring in 1996.

She was a lover of animals, puzzle books, John Wayne movies and especially loved her family.

She was preceded in death by her parents; husbands, Harold Campbell and Henry Roll, Jr.

She is survived by her two daughters, Sharon Jurgensen (Bill) of Stuart and Boots Campbell and companion Walt Brown of Meeker, Colorado; seven grandchildren; nineteen great grandchildren; she also leaves a second family -the care givers and friends at Community Care Center in Stuart. From their loving hands into the hands of God and reunited with those who went before her.

To order memorial trees or send flowers to the family in memory of Rolene Roll , please visit our flower store.
Send a Sympathy Card