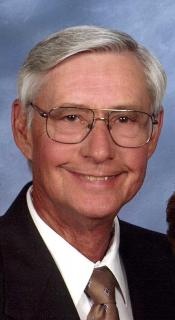 Family Visitation: Wednesday, February 16, 2011, from 6 to 8 p.m. at the Greenfield United Methodist Church.

Memorials:  To the Greenfield United Methodist Church or the Warren Cultural Center.

Ronald Dean Elliott was born on May 16, 1941, in Greenfield, Iowa, the son of Rex V. Elliott and Alberta (Mikkelsen) Elliott. He passed away on Sunday, February 13, 2011, at the Iowa Methodist Medical Center in Des Moines, Iowa at the age of 69.

Ron was baptized and confirmed in the Greenfield United Methodist Church. He lived all his life in Greenfield and graduated from Greenfield High School with the class of 1959. On September 4, 1960, he was united in marriage to Sharon K. Firkins, his high school sweetheart and they became the parents of three sons: David, Steven and Brian.

During his teen years he began working in his father’s auto parts store. After serving in the United States Army Reserves, he purchased the business in 1965. He owned and operated Elliott Parts and Service until 1980, at which time he sold the business and went to work for Auto Parts Warehouse in Des Moines, Iowa as an outside sales rep, where he remained until his retirement in 1996.

In retirement he worked part time for some area auto parts stores, the City of Greenfield and Steen Funeral Homes.

Ron was a man of deep faith. He was a life-long member of the Greenfield United Methodist Church, serving on various committees through the years and most recently on the Trustees. He was a member of the Chancel Choir for over 50 years and enjoyed singing in the men’s quartet.

In the past, he served several terms on the city council, was a member of the local Lions Club, district Lions Council and was deputy district governor. He was a volunteer on the high school football sidelines for over 20 years and helped with many local Main Street activities.

Ron enjoyed being outdoors, playing golf, and keeping an immaculate lawn. He loved singing, music of all kinds and a good game of bridge. He especially loved having his family around him and entertaining his six grandchildren.

He was preceded in death by his parents, Rex and Alberta.

He is survived by Sharon, his loving wife of 50 years, and sons David, wife Jill, and daughter Jana of Eagan, Minnesota; Steven, wife Kim and daughter Emma of Oldsmar, Florida; and Brian, wife Shelly and children Jordan, Abigail, Aron and Jayden of West Des Moines, Iowa; brother Richard, wife Sally of Bettendorf, Iowa; nieces Marcy Haynes and family of Lacey, Washington and Kathy Posey and family of Grand Mound, Iowa; other relatives and many friends.

Ron was a loving husband, father and grandfather. He touched many lives with his serving attitude, kindheartedness and sense of humor. He will be missed!

To order memorial trees or send flowers to the family in memory of Ron Elliott , please visit our flower store.
Send a Sympathy Card