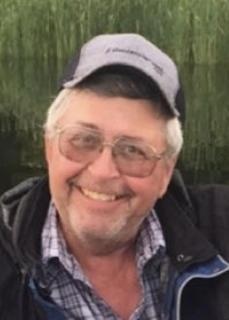 Funeral Services: Will be held on Tuesday, February 11, 2020, at 10:30 a.m. at the Steen Funeral Home in Massena with burial in the Massena Center Cemetery, Massena, Iowa. A luncheon will be held at the Main Street Bar and Grill in Massena following services at the cemetery. Mr. Sean South will officiate the service.

Family Visitation: The family will greet friends on Monday evening at the Steen Funeral Home in Massena from 5:30 p.m. to 7:30 p.m.

Memorials: Memorials may be directed to the Ronald Boos memorial fund to be established by the family at a later date.

Ronald Dean Boos was born February 25, 1948 and lost his battle with pancreatic cancer on February 7, 2020.

Ron was born to Virgil and Grace Chapman Boos and after a rough start, quickly grew and thrived on the family farm east of Cumberland. He was joined by his sister Julia which gave him the perfect target for tormenting (although to hear him tell it, she was the bully and he was the victim). As a 15 year old basketball player, Ron met the love of his life – Michal Sue Yarger - and he became the only guy in school with a pony-tailed shadow.

After graduating high school in 1966, Ron served his term in the National Guard as a supply sergeant. Years later, buddies from his time in the Guard never failed to remember hilarious escapades they all shared during their service together. After his term ended, Ron returned home to continue his true calling. Ron’s dream was to farm, and he was blessed to have neighbors, family, and friends that were determined to help him realize that dream. He and “Mike” were married on May 6, 1968 and soon settled on a farm east of Cumberland where they welcomed son Troy Dean and daughter Brandi Lei. In 1976, the family moved north of Massena to the farm built by Ron’s grandfather. As the years passed the farm grew, as did Ron’s Charolais herd and his delight in annoying the neighbors because “he wasn’t done harvesting yet.” He always said that his favorite place was in the cab of the combine, so why would he want to get it over with? The highlight of each year was the family’s summer vacation in Minnesota to the resort Ron’s family had been going to since he was thirteen. In later years, Ron would join friends for an annual fishing trip to Canada. When Troy and Ron’s grandsons were part of the trip, the fish stories got even bigger.

Each January would find the family at the Massena Sale Barn as Ron sold off the year’s calf crop. His last outing was to that same sale barn – what a fitting memory to culminate his farming career, surrounded by his family and the neighbors that stopped by to shake his hand

Ron loved to tease people, but never at the expense of cruelty. His quiet demeaner, quick smile and honest hard work earned him the respect of all those who knew him. His passing leaves a hole in the hearts of his family, as well as those who shared his journey.

Preceding Ron in eternal rest were his wife of 42 years Michal Sue, his parents, Virgil and Grace Boos, his parents-in-law John and Micki Yarger, and his sister-in-law Linda Yarger. Left behind to await their reunion above, are his son Troy (Christine) Boos and their children Josh (Sara) Boos, Monica (Joel) Winther, and Tyler (Kinzy) Boos; daughter Brandi (Rick) Mericle and her children: Sawyer (Kayleen) Hansen, Kassidy Hansen, and Grace (Tyler) Hansen; great-grandson Abel; sister Julie (Kent) Stender; brothers-in-law Kent and Steve Yarger; and the *&%# cows that kept getting out.

To order memorial trees or send flowers to the family in memory of Ronald Boos , please visit our flower store.