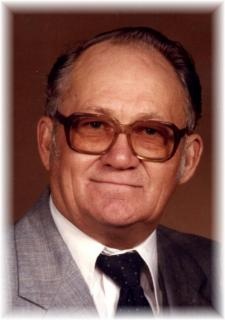 Masonic Services: Will be held at the Greenfield United Methodist Church on Tuesday during the funeral service conducted by the Crusade Lodge No. 386 A.F. & A.M..

Memorials: To the Fontanelle American Legion Carlson Post No. 547 or the Good Samaritan Society.

Ronald Floyd Purdy was born April 29, 1920, to Sherman Floyd and Muriel Augusta (Pierce) Purdy in Adair County, Iowa. He passed away on Friday, February 17, 2012, at the Good Samaritan Society in Fontanelle at the age of 91.

Ron grew up and attended rural schools in Adair County. In 1937, he graduated from Greenfield High School. Ron was united in marriage to Helen Rosser on November 1, 1942, in Stuart, Iowa. To this union five children were born: Ted, Jeanette, Barbara, Jerry, and Jack. They moved to Brownsville, Texas where he was in the service then to Fort Riley, Kansas. He served in Burma in W.W. II and the reserves during the Korean Conflict. When he returned from the service they farmed in the Fontanelle area until 1959 when they purchased a farm near Greenfield. Upon retirement they moved into Greenfield in 1995.

He was a member of the Greenfield United Methodist Church, Fontanelle American Legion Carlson Post No. 247, Crusade Lodge No. 386 A.F. & A.M., and the Greenfield Country Club.

To order memorial trees or send flowers to the family in memory of Ronald Purdy , please visit our flower store.