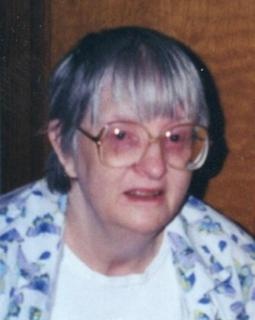 Funeral Services: Will be held on Saturday, June 22, 2019, at 10:30 a.m. at the United Methodist Church in Greenfield with burial at the Rosehill Cemetery in Menlo. A luncheon will be held at the church following the services at the cemetery. Pastor Eric Schubert will officiate the service.

Memorials: To the Rosemary Boots memorial fund to be established by the family at a later date.

Rosemary Louise (Williams) Boots was born October 18, 1939, on a farm near Casey, Iowa, the daughter of Clifford and Esther (Daniels) Williams. She passed away on Tuesday, June 18, 2019, at the Good Samaritan Society in Fontanelle, Iowa, at the age of 79.

Rosemary attended rural schools and graduated from Menlo High School in 1958. She worked for a short time in Des Moines as a photography touch up technician. Her friend Sharon Boots introduced her to Donald Boots, just back for Christmas Leave in 1960. They married on September 15, 1961, in Des Moines, Iowa. To this union was born three daughters: Denise, Deborah and Deloris. Her family moved to many different places throughout the continental United States. Some of the spots were Seattle, Washington, Santa Susana, California, Boston, Massachusetts and North Lauderdale, Florida. There were many places in between. She was a housewife and mother during this time.

After leaving for Denison, Iowa from Madison, Alabama in 1997, Rosemary and Don set up a household until they moved her into her childhood home near Menlo, Iowa. In 1999, they moved onto the farm homestead enjoying country living. Don and Rosemary celebrated 50-year anniversary here.

Due to a neurological condition, she eventually required placement at Good Samaritan Society in Fontanelle where she lived out several of her last years. She enjoyed visiting with family and friends that visited her often. She adored all of the dogs and cats that Rosemary and Don took care of on the acreage.

She was preceded in death by her parents; brother, Carl Williams; step-sister, Betty Griffith; and sister-in-law, Sharon Boots Robertson.

To order memorial trees or send flowers to the family in memory of Rosemary Boots , please visit our flower store.