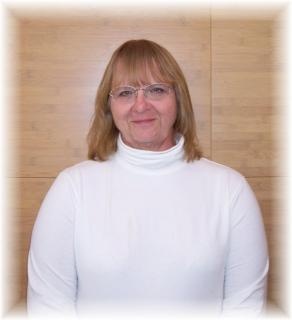 Funeral Services: Will be held on Friday, December 21, 2012, at 11:00 a.m. at the Steen Funeral Home in Greenfield with burial in the Fontanelle Cemetery.

Visitation: The family will greet friends one hour prior to services on Friday.

Memorials: To the Rosemary Feick memorial fund to be established by the family.

Rosemary was raised on the family farm northeast of Orient. She was baptized June 5, 1955 and confirmed May 25, 1969, in the Immanuel Lutheran Church. She graduated from Orient-Macksburg High School. She then attended Southwestern Community College in Creston. In the fall of 1977, Rosemary and a collage friend, Glenna Monk, traveled to Hollywood, California. Rosemary worked for the American Red Cross for the last twelve years.

Rosemary always enjoyed her train rides home to Iowa. Just last July she was here for a few days. She always hiked down to the stock tank with Ted to check out the gold fish and the old tree. She was a cat lover. She had two cats for pets in California.

She was preceded in death by her parents; infant sister, Donna Feick; brother, Floyd Feick; and two sisters-in-law, Elaine and Marion Feick.

She is survived by her two brothers, Ted Feick of St. Louis, Missouri and Max Feick and wife Phyllis of Orient; nieces, nephews, other relatives, and friends.

To order memorial trees or send flowers to the family in memory of Rosemary Feick , please visit our flower store.