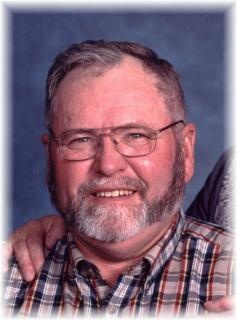 Funeral Services: Thursday, February 9, 2012, at 10:30 a.m. at the Steen Funeral Home in Massena with burial following in the Victoria Township Cemetery, south of Massena. Pastor Lauri Greenlee will officiate the service.

Memorials: To the Russell Strable memorial fund to be established by the family.

Russell attended school in Milo and Des Moines. He graduated from Des Moines Tech in 1968. He was in the Air National Guard Military Police Division for thirteen years. Russell was united in marriage to Dixie on April 17, 1982.

He enjoyed fishing, cooking, hunting, woodworking, gardening, being a husband, father and grandfather.

Russell will be greatly missed and loved.

To order memorial trees or send flowers to the family in memory of Russell Strable , please visit our flower store.
Send a Sympathy Card