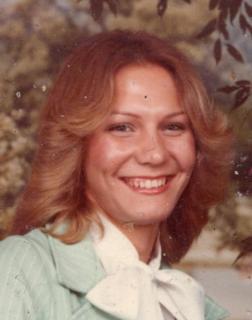 Memorials: Memorials may be directed to the Sharon Blanchard memorial fund to be established by the family at a later date.

Sharon Lynn Blanchard was born December 31, 1957, the daughter of Glen and Peggy (Murphy) Thompson in Winterset, Iowa. She passed away on Sunday, February 24, 2019, at her home in Fontanelle, Iowa, at the age of 61.

Sharon graduated from Bridgewater-Fontanelle High School in 1976 and from beauty school in Des Moines in 1978. She was married to Marty Blanchard in 1983 and they later divorced. Sharon had lived in Minnesota, Colorado and since 2001 in Fontanelle. She had worked as a secretary for Good Year, Sysco Food and schools in Adel and Grand Junction, Colorado. She was a Nascar fan, enjoyed crafts, flowers and scrapbooking.

She was preceded in death by her father; step father, Marvin Goetz; grandparents, Millard and Maxell Murphy and bill and Joyce Thompson; sister, Kathy Peitz; and brother, Tim Thompson.

To order memorial trees or send flowers to the family in memory of Sharon Blanchard , please visit our flower store.
Send a Sympathy Card