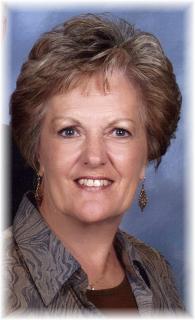 Funeral Services: Will be held on Sunday, May 26, 2013, at 2:00 p.m. at the United Methodist Church in Greenfield with burial at the Greenfield Cemetery. A luncheon will be held at the church following the committal services at the cemetery.

Family Visitation: The family will greet friends on Saturday from 4 to 6 p.m. at the United Methodist Church in Greenfield.

Sharon Kay (Firkins) Elliott was born on May 11, 1940, in Corning, Iowa, the daughter of Boyd Firkins and Thelma (Bickford) Firkins. She passed away on Thursday, May 23, 2013, at Mercy Medical Center in Des Moines, Iowa, at the age of 73 after battling leukemia.

Sharon attended country school in Taylor County until age 12 when her family moved to Greenfield. She attended Greenfield Community Schools and graduated with the Class of 1958. On September 4, 1960, she was united in marriage to Ronald Elliott, her high school sweetheart, and they became the parents of 3 sons: David, Steven and Brian.

She worked for Adair County Bank until 1965 when she and Ron acquired Elliott Parts and Service, which they owned and operated until 1980 when the business was sold. She was then employed by Adair County Mutual Insurance Association until she retired in 2003.

Sharon was active in numerous organizations. She served on the Greenfield School Board for 6 years, was a member of P.E.O. and was very involved with Main Street Greenfield. She was a member of the Greenfield United Methodist Church, participating in various committees and groups throughout the years, including serving as the Chancel Choir director for 17 years.

Faith and family were extremely important to Sharon. She continued to grow in her faith through personal devotions, Sunday school and small groups. She enjoyed playing golf, working in her garden and was always up for a game of bridge. Music was a significant part of her life. She had a passion for singing and loved playing and listening to music of all kinds. But her greatest pleasure came from watching her family grow and entertaining her 6 grandchildren.

She was preceded in death by her husband, Ron, and her parents, Boyd and Thelma. She is survived by her sons, David, wife Jill and daughter Jana of Eagan, MN; Steven, wife Kim and daughter Emma of Oldsmar, FL; Brian, wife Shelly and children Jordan, Abby, Aron and Jayden of West Des Moines, IA; brother Carl and wife Esther of St. Joseph, MO; sister Judy Weaver of Prior Lake, MN; sister Jean Ashmore of Prior Lake, MN; sister Donna Mackerley and husband Kerry of Urbandale, IA; many nieces, nephews and friends.

To order memorial trees or send flowers to the family in memory of Sharon Elliott , please visit our flower store.
Send a Sympathy Card