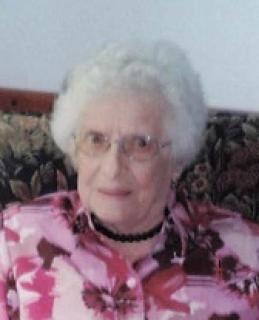 Public Graveside Services: Will be held at the Fontanelle Cemetery in Fontanelle on Wednesday, May 6, 2020, at 3:00 p.m. Due to COVID-19, Social Distancing will be practiced. The Steen Funeral Home in Greenfield is in charge of the professional arrangements.

Memorials: May be directed to the Shirley Miller memorial fund to be established by the family at a later date.

Shirley Ann Elizabeth (Snodgrass) Miller was born on October 14, 1922, in Des Moines, Iowa, the daughter of William Homer and Bertha Elmeda (Perry) Snodgrass. She passed away on Saturday, May 2, 2020, at the Accura Healthcare in Marshalltown, Iowa, at the age of 97.

Shirley attended Des Moines Public School and Des Moines North High School. On August 4, 1945, she was united in marriage to Raymond Joseph Miller in Des Moines. They met at an ammunition plant in Des Moines where they both worked. In 1946, Shirley and Ray moved to a farm in the rural Canby area and to other farms in rural Casey, Fontanelle and Greenfield area where they raised their three daughters. During this time Shirley worked outside the home at Hotel Greenfield, Places Department Store and the Good Samaritan Society in Fontanelle until her retirement. After her retirement and the death of her husband, Ray, Shirley moved to Marshalltown to be near family.

Shirley was a member of First Presbyterian Church in Greenfield and attended Center Street Baptist Church in Marshalltown. She enjoyed spending time with her family, bowling, dancing, fishing, swimming, gardening and watching sports.

To order memorial trees or send flowers to the family in memory of Shirley Miller , please visit our flower store.