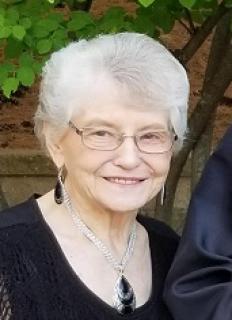 Funeral Services: Will be held on Monday, May 3, 2021, at the Emmanuel Lutheran Church in Fontanelle, Iowa, at 10:00 a.m. with burial in the Fontanelle Cemetery. Pastor Steven Broers and Bruce Gowen will officiate the service. The Steen Funeral Home in Fontanelle is in charge of the professional arrangements.

Memorials: Memorials may be directed to Shirley Rayl memorial fund to be established by the family at a later date.

Shirley Jean Queck Rayl was born March 2, 1939, to loving parents, Harold Alfred Queck and Evelyn Doris Worthington Queck, in their home in Jackson Township in rural Fontanelle. She passed away peacefully on April 30, 2021 at the Bright Kavanaugh House in Des Moines, Iowa, at the age of 82.

Shirley was raised on her parent’s dairy farm in rural Fontanelle. She attended country school for grades K-8 and graduated from the Fontanelle High School in 1957 as the class valedictorian. Shirley was active in 4-H and church activities at Emmanuel Lutheran Church in Fontanelle where she was baptized, confirmed, and married.

After she graduated high school, Shirley moved to Des Moines and attended nursing school at Iowa Lutheran Hospital, graduating as a R.N. in 1960.

During her early adult years, she fell in love with and married Marion Evan Rayl on Monday, October 17, 1960, which is also Evan’s birthday. That day was also her grandfather, Charlie Queck’s birthday, and the anniversary of her grandparents, Charlie and Oteilie Queck.

In August of 1962, their daughter Renae Jean was born, and two years later, their first son, Thomas Evan, was born. Steven Evan was born in 1970. Shirley was the most wonderful mother to her children and always their biggest fan. She radiated with the love she had for her family.

Shirley’s faith was very important to her all her life. She was active at Emmanuel Lutheran in Fontanelle, Immanuel Lutheran in Greenfield, a charter member of the Good Shepherd Lutheran Church in Adair and served as the coordinator of the church services at Ramsey Village after moving to the independent living apartments there.

Shirley worked at the Adair County Hospital as an operating room nurse. Upon moving to Adair, Iowa in 1971, she became the bookkeeper for husband Evan’s company, Iowa Star Silos, and then beginning in 1982 she became a clinic nurse for Dr. Coatney in Anita, Iowa. After his retirement, she worked as a mental health nurse at Cass County Hospital in Atlantic, Iowa until her retirement in 2001.

Her love for people was evident in all of her activities. She served as a 4-H leader for 10 years, starting the Summit Superstars Girls Club in Adair County. She was active in the Women’s Federated Club, and she and Evan were part of the Stock Shufflers in Adair. After retiring, she served as a Parish Nurse for Emmanuel Lutheran where she held many grief classes, and a SHIIP (Seniors Health Insurance Information Program) volunteer. She also spent countless hours researching hers and Evan’s family histories and creating family history scrap books.

There are so many words to describe our mom, grandma, and great grandma: beautiful, loving, humble, compassionate, smart, caring, witty, teacher, and of course, a nurse as she was the one who was called when one wasn’t feeling well or was hurt. She always knew what to do!

To order memorial trees or send flowers to the family in memory of Shirley Rayl , please visit our flower store.
Send a Sympathy Card