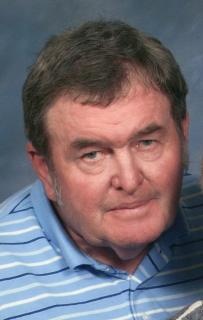 Celebration of Life Services: Will be held on Friday, September 6, 2019, at 10:30 a.m. at the Bridgewater United Methodist Church with burial in the Witt Cemetery. Pastor Karen Patrick will officiate the service. A luncheon will be held at the church following the services at the cemetery.

Memorials: Memorials may be directed to the Steve Firch memorial fund to be established by the family at a later date.

Gene Steven Firch was born on March 14, 1945, in Morrison, Illinois, the son of Marvin Lee and Hildreth (Love) Firch. He passed away on Saturday, August 31, 2019, at the Good Samaritan Society in Fontanelle, Iowa, at the age of 74.

Steve graduated from Bridgewater-Fontanelle High School in 1962. He was united in marriage to Mary Helen Fudge on June 27, 1965, in Gus, Iowa. To this union three children were born: Marvin, Mike and Mary. They farmed the E.K. Williams farm south of Bridgewater until 1984 when they purchased the Floyd Campbell farm. In 2002, they moved to the farm they purchased in northern Adams County where they currently reside. Steve farmed his entire life and sold Arbie Feed, Moormans Feed, Lester Pfister Seed Corn and George’s Seed Corn. He retired in 2007, due to onset of advanced Parkinson’s.

He was preceded in death by his parents; brother, Philip Firch; devoted grandparents, Harry (H.S.) and Ethel Love who raised him, and father-in-law and mother-in-law, Kenneth and Bernice Fudge.

To order memorial trees or send flowers to the family in memory of Steve Firch , please visit our flower store.