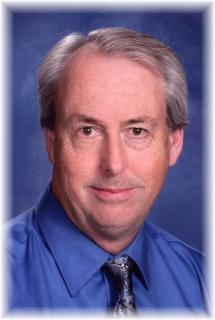 Open Visitation: Will be held on Monday, Feb. 17th from 2 p.m. to 8 p.m. at the Steen Funeral Home in Massena.

Family Visitation: The family will greet friends on Monday evening from 6 to 8 p.m. at the Steen Funeral Home in Massena.

Scripture Service: A scripture/prayer service will also be held on Monday at 5:30 p.m. at the Steen Funeral Home in Massena.

Memorials: In lieu of flowers memorials may be directed to the Steve Schaaf memorial fund to be established by the family at a later date.

Steven Lyle Schaaf was born March 22, 1959, in Atlantic, Iowa, the son of Lyle William and Norma Elizabeth (Henkenius) Schaaf. He passed away on Thursday, February 13, 2014, at the Creighton University Medical Center in Omaha, Nebraska, at the age of 54.

Steve was raised in Massena and graduated from Cumberland-Massena High School in 1977. He lived his entire life in Massena. Steve worked for the Masena 21st Century Convenience Store as assistant manager, was the meter reader in Massena for many years and worked for the United States Postal Service. He enjoyed golfing, the Kansas City Chiefs, gardening and especially enjoyed being with his family. He was a member of the St. Patrick’s Catholic Church.

To order memorial trees or send flowers to the family in memory of Steven Schaaf , please visit our flower store.
Send a Sympathy Card