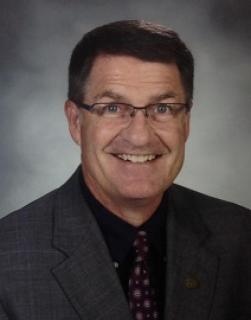 Funeral Services: Will be held on Monday, July 8, 2019, at 10:30 a.m. at the Creston Community High School in Creston with burial in the Greenfield Cemetery. Pastor Jody Rushing will officiate the service. A luncheon will be held at the Greenfield United Methodist Church following the committal service at the cemetery.

Memorials: To the Steve McDermott memorial fund to be established by the family.

Steven Lee McDermott, “Steve” or “Mac,” was born on December 27, 1958 in the Adair County Memorial Hospital in Greenfield, Iowa, the son of Michael C. McDermott and Patricia Helen (Purdy) McDermott. He was baptized and confirmed in the First United Methodist Church in Greenfield. He attended grade school in Greenfield and graduated from Greenfield High School in 1977.

Steve grew up on the family farm, immersed in daily chores and seasonal farming activities. He loved working on the farm with his parents, siblings, and neighbors. He also enjoyed spending time with his cousins: family dinners and staying overnight with cousins were always special treats. Steve and family successfully showed home-raised hogs and cattle. He was especially fond of Simmental cattle, a black, ¾-Simme steer named Beechnut was a particular favorite; and he loved riding horses. He was a founding member of the Iowa Junior Simmental Association and a member of the Prussia Pushers 4-H Club and the Greenfield FFA. Steve also competed in football, basketball, wrestling, and track & field for his beloved Greenfield Tigers. He was a middle-distance runner, a quarterback and captain of the football team, and President of the Senior Class of 1977. Steve began playing the guitar at 6 years of age and continued playing for the rest of his life, performing with high school students in various concerts over the years. He also discovered a passion for drawing and painting at an early age.

Steve attended Iowa State University and later transferred to Westmar College in LeMars, Iowa, where he earned a Bachelor of Arts Degree in Education. Beginning in 1981, Steve taught and coached at Prescott Schools for two years and at Bridgewater-Fontanelle Schools for two years. He primarily taught art to students K-12. He coached football, six-on-six girls’ basketball, and track & field at Prescott and B-F. He also farmed during his first four years of teaching, but the farm crisis of the 80’s ended that endeavor.

In 1985 Steve and Cindy moved to Adel, Iowa, where Steve taught and coached for eight years while Cindy worked as a respiratory therapist in Des Moines. The couple later moved to an acreage north of Earlham, Iowa. Steve continued to teach art to students K-12 and coach football, basketball, wrestling, and track & field. He then pursued advanced degrees in Effective Teaching and Educational Administration at Drake University, earning a Master of Science in Education Administration in 1993 and later a Specialist in Education Degree in 2000.

Steve became Principal at Battle Creek-Ida Grove Middle School in the fall of 1993. The family lived on an acreage south of Battle Creek. He then moved back home in 1994 to serve as Principal and Curriculum Director for the B-F and Greenfield Schools. In 1999 Steve was appointed shared Superintendent of Schools for B-F and Greenfield. In this role Steve shepherded the consolidation of the two districts to form the current Nodaway Valley Community School District. The family lived on an acreage northeast of Fontanelle and later moved to a farm south of Fontanelle (the Jacobson place), which they loved dearly.

In 2002 Steve and family moved to Newton, Iowa, where he served as Superintendent of Schools for 11 years. He was very active in the community, serving in leadership positions in the Newton Community Educational Foundation, Chamber of Commerce, Rotary, United Way, and First United Methodist Church. Steve was instrumental in the realignment of schools in Newton, numerous school construction projects, and the creation of the Regional Vocational Academy in Newton. The family lived north of Newton on an acreage before building a new home just west of Lambs Grove and Newton.

Steve and Cindy’s marriage ended in 2012. In 2013 Steve moved back to southwest Iowa to serve as shared Superintendent for the Creston Community and Prescott Community Schools. The two districts later consolidated under his guidance. Steve was voted Administrator of the Year by the Iowa High School Activities Directors Association, and he served on the Representative Council for the Iowa Girls High School Athletic Union. He was a member of the Union County Development Association, the Creston Rotary Club, and First United Methodist Church in Creston. Steve lived on the family farm north of Greenfield briefly and then moved to an acreage west of Creston.

During his time as a student and his career in education, Steve was a Tiger, a Cyclone, an Eagle, a Panther, a Falcon, a Wolverine, and a Cardinal. He painted large murals and school mascots in every school and community that he served, but he left an even greater mark through every decision, project, and initiative he took part in during his tenure. Steve enjoyed watching youngsters learn and grow, and he had a passion for supporting kids and adults through challenging times. He often commented on what you could learn about an individual when observing their response to adversity.

Steve received several professional honors over the years but was never comfortable with individual recognition. He always believed that every accomplishment is achieved by several people working together and that God’s Scoreboard is the only one that really matters.

Steve absolutely loved being with family and watching his three children compete and perform in all of their sports, activities, and hobbies. Family trail rides with the horses were a particular favorite. He also enjoyed his artwork and oil painting, playing the guitar, riding and roping, raising Corriente roping cattle, and working with his dogs. Steve loved rodeo at all levels and the Drake Relays, and he was a loyal, lifelong fan of the Drake Bulldogs, Iowa State Cyclones, Notre Dame Fighting Irish, Boston Celtics, Chicago Bears, and San Francisco Giants. He sincerely loved the Adair County Fair, the Iowa State Fair, and the gyms, tracks, and ball fields at every school he worked. Steve also enjoyed traveling west to the mountains of Montana, Wyoming, and Colorado.

Steve is survived by his daughter, Casey; sons, Colten and Cooper; parents, Mike and Pat, of Greenfield; sister, Becky, and her husband, Don Raasch, of Bridgewater; brother, Marty, and his wife, Deb McDermott, of Adel; and one niece and five nephews.

To order memorial trees or send flowers to the family in memory of Steven McDermott , please visit our flower store.
Send a Sympathy Card