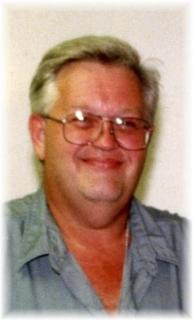 Memorial Services: Will be held on Wednesday, August 21, 2013 at 10:30 a.m. at the Steen Funeral Home in Greenfield with burial in the Greenfield Cemetery with full military graveside rites by the Greenfield American Legion Head-Endres Post No. 265 and V.F.W. Post No. 5357. The Rev. Dr. Keith Schweitzer will officiate the service.

Visitation: The family will greet friends one hour prior to services on Wednesday at the Steen Funeral Home.

Memorials: To the Steven Messer memorial fund to be established at the later date by the family.

Steven Escoe Messer I born on January 22, 1951, in Fairfield, Iowa, the son of Raymond and Joyce (Lee) Messer. He passed away on Saturday, August 17, 2013, at the Adair County Memorial Hospital in Greenfield, Iowa, at the age of 62.

Steven was raised in Des Moines and graduated from North High School in Des Moines. He served his country in the United States Army and was honorably discharged in 1974. He was married a short time in the early 1970’s and on October 12, 1975, he was united in marriage to Arlyce Yvonne Mangels in Greenfield, Iowa. Steven was a truck driver for several companies in Des Moines. He retired in 1999 due to a previous injury. He enjoyed visiting with family, friends and neighbors, was a pretty good shade tree mechanic, was an avid St. Louis Cardinals fan, loved pets, especially his beloved dog Benji and cat Squallor, enjoyed hunting, fishing, archery, bowling, golf, history stuff and anything on T.V. He loved to listen to Jim Reeves and sang along with many songs.

He was preceded in death by his parents; two brothers, one in infancy and Raymond “Butch” Messer, was 21 years old.

To order memorial trees or send flowers to the family in memory of Steven Messer , please visit our flower store.
Send a Sympathy Card