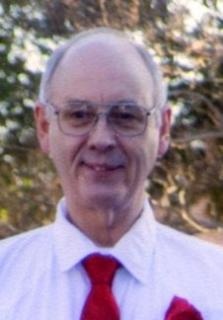 Funeral Mass: Will be held on Friday, July 17, 2015, at 10:30 a.m. at the St. John’s Catholic Church in Greenfield. Father Ken Gross will officiate the service. Burial will be in the Greenfield Cemetery. The Steen Funeral Home in Greenfield is in charge of the professional arrangements.

Family Visitation: The family will greet friends on Thursday evening from 6:00 p.m. to 8:00 p.m. at the Steen Funeral Home in Greenfield.

Rosary: A Rosary will be held on Thursday at 5:30 p.m. at the Steen Funeral Home in Greenfield.

Memorials: To the Steven Newbury memorial fund to be established by the family at a later date.

Steven Duane Newbury died unexpectedly at his home in Greenfield, Iowa, on July 11, 2015, at the age of 57. Steve was born September 12, 1957 as the oldest of six children to Stan and Lucille (Meisenheimer) Newbury.

Steve lived several places throughout his life, but he always considered the Greenfield and Fontanelle area his home. In the early years Steve enjoyed farming, later he had the opportunity to see a lot of the country through his many years of trucking. He loved spending time with his family and friends and he never met a stranger he couldn’t talk to. Steve was a skilled self taught craftsman with leather tooling and crafting. He enjoyed sharing his gift of leather craft with his nieces and nephews. Steve was also an avid outdoorsman, he enjoyed hunting, fishing and camping. In high school Steve was active in music playing the trombone and also taught himself to play the guitar. Steve always enjoyed keeping in touch with everyone he came to know, friends and family alike. Steve was a member of St. John’s Catholic Church.

To order memorial trees or send flowers to the family in memory of Steven Newbury , please visit our flower store.
Send a Sympathy Card