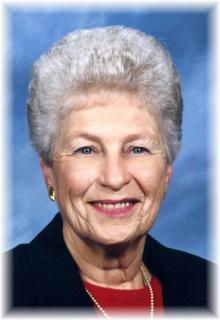 Sue DeVault passed away on Tuesday, January 13, 2015, at the Greenfield Rehabilitation and Health Care Center.

Celebration of Life Services: Will be held on Saturday, January 17, 2015, at 10:30 a.m. at the United Methodist Church in Greenfield with burial at the Greenfield Cemetery. Pastor Eric Schubert will officiate the service. A luncheon will be held at the church following the committal services at the church.

Family Visitation: The family will greet friends on Friday, January 16th, from 6:00 p.m. to 8:00 p.m. at the Greenfield United Methodist Church.

Memorials: To the Sue DeVault memorial fund to be established by the family at a later date.

Susanne (Sue) Harding DeVault was born in Marshalltown, Iowa, on May 17, 1936, the only daughter of Harry and Margaret (Bovee) Harding. She passed away on Tuesday, January 13, 2015, at the Greenfield Rehabilitation and Health Care Center in Greenfield, Iowa.

Sue graduated from Colo High School in 1954. She married her class-mate Doug DeVault. To this union two children were born: Debra (Deb) and Mike. The family farmed in the Colo area before moving to Greenfield in 1963 when Doug became ASCS office manager until his death in 1978, son Mike died in 1982, both much too young. Sue worked in the Activity Department at the Greenfield Manor for 33 years before retiring.

She was preceded in death by her parents; brother, Jim Harding; father and mother-in-law, Harvey and Zerelda DeVault; and her special friend, Carl Campbell.

When you remember me, remember me with a smile for I will see you all at another time and place.

To order memorial trees or send flowers to the family in memory of Sue DeVault , please visit our flower store.
Send a Sympathy Card