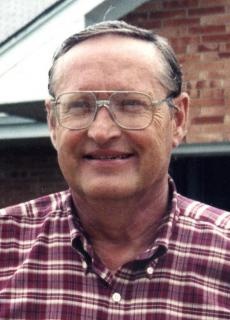 Terry Lee Buckner was born September 5, 1948, to G. Leon and Margaret Ann (Knorr) Buckner in Adair County, Iowa. He passed away on Saturday, October 29, 2011, at the Adair County Memorial Hospital in Greenfield at the age of 63.

Terry was raised in Adair County, started his education in country school, graduating from Fontanelle High School in 1966, Southwestern Community College and received his BA in Accounting from Northwest Missouri State University. He was united in marriage to Ardith Lorraine Lewis on May 28, 1977, in the Fairview Congregational Christian Church with Rev. George Thurman officiating. This union created a family of four with Terry's children, Shane Donavon and Wendi Lea. Trent Lewis completed the family two years later. Terry and Ardith have also had the privilege to raise three of their grandchildren.

Terry served his country in the United States Air Force as a Buck Sergeant in the Military Police. He worked for Don Carlos Law Office and then he opened Buckner Accounting and worked for the last 30 years as a self-employed accountant before retiring this year due to health reasons. His clients and his staff were special to him and became part of his extended family.

Terry enjoyed camping, cooking, trips to Branson, his grandkids, collecting Tin Man memorabilia, singing, and in his earlier years softball and golf. He never knew a stranger and loved to visit, especially during his daily visits with the "crew" at Greenfield Lumber.

He was preceded in death by his parents; brother, Howard Max Buckner; sister, Beth Ann Barlow and father-in-law, Merritt Lewis.

To order memorial trees or send flowers to the family in memory of Terry Buckner , please visit our flower store.