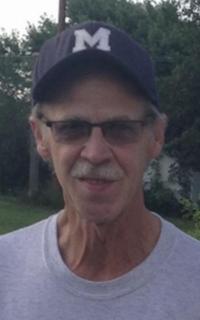 Funeral Services: Will be held on Thursday, October 22, 2020, at 1:00 p.m. at the First Evangelical Lutheran Church – Wiota, Iowa with burial in the Greenwood Cemetery, Cumberland.  A luncheon will be held at the church following the services at the cemetery. Pastor Michael Bodkin will officiate the service. The Steen Funeral Home in Massena is in charge of the professional arrangements.

Due to state and federal guidance on gatherings due to the COVID-19 pandemic, the family and funeral home encourages masks to be worn and social distancing to be practiced.

Memorials: Memorials may be made to the Terry Daugherty Memorial Fund to be established by the family at a later date.

Terry Richard Daugherty was born December 16, 1953, to Thomas Richard and Lorna Margaret (Burmeister) Daugherty in Atlantic, Iowa. He passed away on October 17, 2020, at his home in Massena, Iowa, at the age of 66.

Terry grew up in Cumberland and graduated from Cumberland-Massena High School in 1972. He went on and graduated from Indian Hills Community College in Centerville, Iowa and Northwest Missouri State University in Maryville, Missouri. Terry was a teacher and coached baseball at Bridgewater-Fontanelle Schools, football coach at Russell, Iowa and baseball and softball coach at Prescott, Iowa. He played for the Cumberland-Massena Red Sox team and later he would become an umpire.

On July 23, 1988, he was united in marriage to Diana McKnight at the Little Brown Church in Nashua, Iowa. Terry and Diana raised three boys together. Gary, Chris and Bobby. Terry was currently working at Mahle Engine Components as a knife sharpener for 33 years. Terry was an avid sports fan, umpiring many years for Massena Red Sox. He loved spending times with his grandchildren. Taking Landon to the C-Store every Saturday buying him what he wanted no matter the cost. He loved playing basketball, football and baseball with them outside. He loved watching his oldest grandson, Garrett play football and always looked forward to Sunday afternoons with his sister, Vicky and brothers.

He was preceded in death by his parents; brother, Greg Daugherty in infancy; and father and mother-in-law, Leo and Ruth Burg.

To order memorial trees or send flowers to the family in memory of Terry Daugherty , please visit our flower store.
Send a Sympathy Card