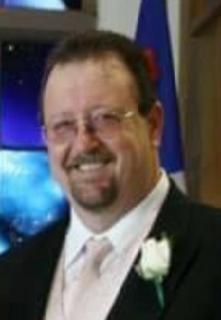 Private Family Services Will Be Held At A Later Date. The Steen Funeral Home in Massena is in charge of the professional arrangements.

Memorials: Memorials may be directed to Tim Sweeney Memorial Fund to be established by the family.

Timothy Patrick Sweeney was born September 11, 1962, the son of Harold and Elnora (Cullen) Sweeney in Corning, Iowa. He passed away on Thursday, January 7, 2021, at the Unity Point Iowa Lutheran Hospital in Des Moines, Iowa, at the age of 58.

Tim was raised in Massena and attended school at Cumberland and Massena Schools. After school he left home to work in Colorado doing the wheat harvest and then on to Texas with his brother Ed to work on the oil rigs. After returning to Iowa he met his first wife Peggy Milligan. On February 28, 1983 they were married and moved back to Texas for a while and then moved to Atlantic, Iowa, where they had Tim’s first daughter, Emily Nicole. Tim met his second wife Jodi in 1986 and they were married on March 29, 1991. They lived in Massena until moving to Cumberland and having their first son, Jacob Patrick in April and second daughter Shaley Kay in October.

Tim spent most of his life driving across the country seeing every site he could as a truck driver. When he had down time you would find him mowing yards or digging in his garden or having some drinks with his buddies. It wasn’t uncommon to see him driving down the road at 10 p.m. on a big green John Deere mower having just left the local bar (Chuckwagon) or to see him up with the sun working in the garden. He was always up for helping anyone who needed it.

He was preceded in death by his parents; brother, Ed Sweeney; nephew, Matt Schrier and Danny Wolfe; and brother-in-law, Tim Wolf.

To order memorial trees or send flowers to the family in memory of Tim Sweeney , please visit our flower store.
Send a Sympathy Card