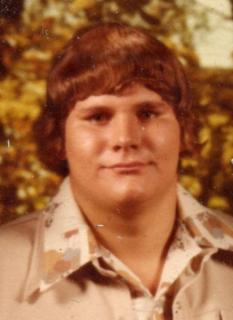 Funeral Services: Will be held on Wednesday, January 3, 2018, at 2:00 p.m. at the Fontanelle United Methodist Church with burial in the Fontanelle Cemetery. Pastor Cathy Nutting will officiate the service. A luncheon will be held at the church flowing the committal services at the cemetery.

Family Visitation: The family will greet friends on Tuesday evening at the Steen Funeral Home in Fontanelle from 6:00 p.m. to 8:00 p.m.

Memorials: Memorials may be directed to the Tim Thompson memorial fund to be established by the family at a later date.

Tim Laverne Thompson was born July 17, 1959, in Redfield, Iowa, the son of Glen Laverne and Peggy Louise (Murphy) Thompson. He passed away on Tuesday, December 26, 2017, at the Henry County Health Center in Mount Pleasant, Iowa, at the age of 58.

Tim grew up in Fontanelle and received his GED in 1979. He worked for a packing plant in Oakland, Iowa for a few years. He then moved to the Mount Pleasant area and had worked for area hog confinements. He enjoyed football, especially the Kansas City Chiefs, and enjoyed going to auctions.

To order memorial trees or send flowers to the family in memory of Tim Thompson , please visit our flower store.
Send a Sympathy Card