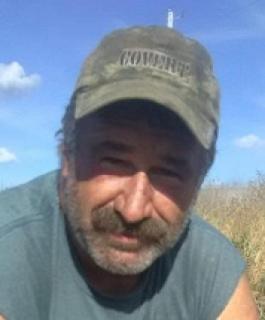 Memorials: May be directed to the Todd Eble memorial fund to be established by the family.

Todd Richard Eble was born September 24, 1967, the son of Charles and Linda (Stuchell) Eble in North Miami Beach, Florida. He passed away on Monday, April 22, 2019, at the Adair County Memorial Hospital in Greenfield, Iowa, at the age of 51.

Todd grew up in Casey and graduated from Adair-Casey High School in 1985. He earned his associate degree in accounting at Southwestern Community College in Creston. His work career included Carlson’s Super Value, Cardinal Glass and Schildberg Construction in Greenfield, Southwest Iowa Egg in Massena, Michael Foods in Lenox and most recently Bridgewater Farms. He enjoyed the outdoors, fishing, mushroom hunting, hunting, and especially spending time with Peyton and supporting her.

He was preceded in death by his father, Charles Eble.

To order memorial trees or send flowers to the family in memory of Todd Eble , please visit our flower store.
Send a Sympathy Card