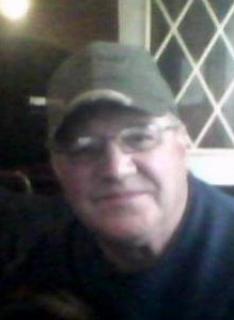 Celebration of Life Services: Will be held on Saturday, June 29, 2019, at 2:00 p.m. at the Greenfield United Methodist Church. Pastor Eric Schubert will officiate the service. The Steen Funeral Home in Greenfield is in charge of the professional arrangements.

Memorials: In lieu of flowers memorials may be directed to the Tom Anderson memorial fund to be established by the family.

Fellowship Time: Following the services at the Greenfield Golf and Country Club.

Memorials: In lieu of flowers memorials may be directed to the Tom Anderson memorial fund to be established by the family.

Thomas Eugene Anderson was born on July 7, 1953 in Greenfield, Iowa, where he chose to spend his entire life. He was the son of Roger E. and Colleen H. (Herrick) Anderson. Tom passed away on Tuesday, June 25, 2019 at Mercy Medical Center in Des Moines, Iowa at the age of 65.

Tom graduated from Greenfield High School with the class of 1971. He attended Northwest Missouri State University for a year and a half, after which he worked for Ron Elliott at Elliott Parts and Service and later Cardinal IG. In 1978 Tom and his mother, Colleen, became co-owner/operators of Anderson Variety Store but shortly after Tom began his 35-year career as a city mail carrier. Through this service he developed relationships with so many in the community. In retirement he worked part-time at the Adair County Health & Fitness Center, served as a volunteer and board member for the Adair County Health Foundation, and as President of the Greenfield Golf & Country Club. He was a member of the Greenfield United Methodist Church and Sons of American Legion.

Tom was an avid Iowa Hawkeye fan. He and his partners in crime spent many Saturdays either traveling to Iowa City or gathering locally to cheer on the Hawks. Tom could often be found on the golf course playing with the guys or in couple’s events. Hunting and fishing were other passions.

Tom was preceded in death by his parents.

Besides his family and Bear, there are countless friends who will remember his giving spirit. Tom loved people and people loved Tom.  Family and friends were always in his heart. In typical fashion, he continues to help others through organ and tissue donation.

To order memorial trees or send flowers to the family in memory of Tom Anderson , please visit our flower store.
Send a Sympathy Card