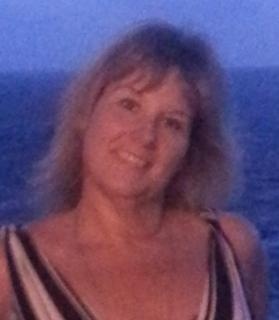 Funeral Services: Will be held on Saturday, March 12, 2016, at 11:00 a.m. at the United Methodist Church in Greenfield. A luncheon will be held immediately following the funeral services at the church. Pastor Eric Schubert will officiate the service.

Family Visitation: The family will greet friends on Friday from 4:00 to 7:00 p.m. at the Steen Funeral Home in Greenfield.

Memorials: May be directed to the Tracey Mavis memorial fund to be established by the family at a later date.

Tracey Ann (Pickrell) Mavis was born October 9, 1971, the daughter of Larry and Sharon (Wolthuis) Pickrell in Greeley, Colorado. She passed away on Monday, March 7, 2016, in Creston, Iowa, at the age of 44.

Tracey graduated from high school at Greeley Central then went on to college and received her bachelors from Westwood Accelerated and then received her masters degree from the University of Phoenix. She worked for Mightee Mouse Express, Pepetties in Lenox and was director of operations for MUTURA in Creston until April 2015. She enjoyed picture taking, traveling and working with beads.

To order memorial trees or send flowers to the family in memory of Tracey Mavis , please visit our flower store.
Send a Sympathy Card