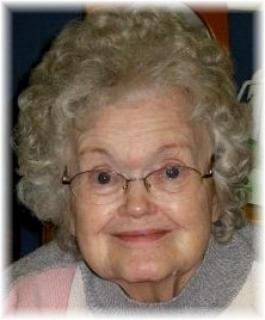 Memorial Services: Will be held on Saturday, August 4, 2012, at 11:00 a.m. at the Greenfield United Methodist Church. Pastor Charles Layton will officiate the service. The Steen Funeral Home in Greenfield is in charge of the professional arrangements.

A luncheon will be held immediately following the memorial service at the church.

After the death of her mother in 1923, the Beaman family moved to Greenfield, Iowa. She graduated from Greenfield High School in May 1936 and then became a teacher in a rural school in Adair County.

On September 28, 1938, she married Pierce L. Cole in Greenfield where they established their home. They had one child, Douglas Pierce Cole, who was born in 1941. In 1947, Velda accepted a social worker position with the Adair County Department of Social Services. She became Director of the Department in 1961 and served in that capacity until her retirement in 1982. During her career she was very active in the State Association of County Directors.

She was baptized in the Greenfield Methodist Church and along with Pierce remained active members throughout their lives. Their deep Christian faith was very important to them.

In 2001, Velda lost her beloved Pierce with whom she had shared 63 years of marriage. Her dearly loved son, Douglas, passed away unexpectedly in 2005. Doug was instrumental in Velda’s care during her time in Austin. She was also proceeded in death by her parents; her Grandmother Beaman, who helped raise her; brothers, Darrell and Ivan; twin sisters, Ila Mae and Ida Marie; and sister, Darlene.

To order memorial trees or send flowers to the family in memory of Velda Cole , please visit our flower store.