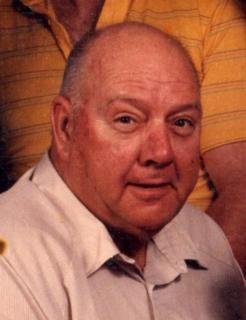 Vere Acker passed away on Monday, May 4, 2015, at the Iowa Methodist Medical Center in Des Moines.

Graveside Services: Will be held on Monday, May 11, 2015, at 12:30 p.m. at the Iowa Veterans Cemetery, near Van Meter, Iowa. Full Military Graveside Rites will be conducted by the Greenfield American Legion Head-Endres Post No. 265 and V.F.W. Post No. 5357. Pastor Eric Schubert will officiate the service.

Family Visitation: The family will greet friends on Sunday, May 10th at the Steen Funeral Home in Greenfield from 1:00 p.m. to 3:00 p.m.

Memorials: To the Vere Acker memorial fund to be established by the family at a later date.

Vere Horace Acker was born March 24, 1932, to Dale Horace and Shirley (Eagan) Acker in Adair County, Iowa. He passed away on Monday, May 4, 2015, at the Iowa Methodist Medical Center in Des Moines, Iowa, at the age of 83.

Vere was raised and grew up in Greenfield. He graduated from Greenfield High School and Creston Community College in Creston. After graduation from college he served his country in the United States Army from January of 1953 to December of 1954, during the Korean War. On May 12, 1957, he was united in marriage to Barbara Gillette in the United Methodist Church in Bedford, Iowa. To this union four children were born: Christine, Kimberly, Linda and Dale.

Vere worked on his family’s farm and in 1964 he started with Schildberg’s Construction Company, retiring in 1997. After his retirement he worked at Adventureland for a few years. He enjoyed bowling, fishing, swing dancing and especially being with his family.

To order memorial trees or send flowers to the family in memory of Vere Acker , please visit our flower store.