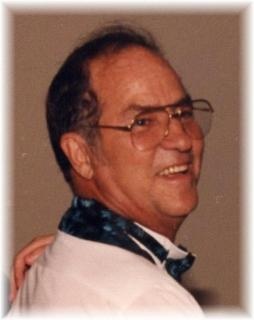 Funeral Services: Will be held on Monday, August 19, 2013, at 1:30 p.m. at the Cornerstone Fellowship Church in Greenfield with burial in the Greenfield Cemetery with Masonic Services conducted by the Greenfield Crusade Lodge No. 386 A.F & A.M.

Memorials: To the Little Lambs Preschool or to the Greenfield Public Library.

Vernon Talmadge Roach, Jr. was born to Vernon Talmadge, Sr. and Rosa Estelle (Miles) Roach on April 11, 1943 at Lackey (York County) Virginia. He passed from this life on August 15, 2013 at his home in rural Greenfield.

Vernon’s family moved to Williamsburg, Virginia when he was a small child. He attended Matthew Whaley Elementary School in Williamsburg. His fondest memories of elementary school was throwing duck eggs at the tourists at the Governor’s Palace behind the school. He attended James Blair High School in Newport News, Virginia.

In 1962, Vernon fulfilled his desire to travel by joining the Merchant Marines. He worked in the Steward’s department which he did not find very challenging. He attended Seaman’s School in Baltimore, Maryland. Helping better his job on the ships, he earned an oiler’s endorsement by attending school in Brooklyn, New York. He attended fire fighter’s school in Bayonne, New Jersey. He spent seven years hauling munitions for the U.S. Army during the Vietnam war. He often joked that he was probably one of the few people in Adair County who had a license to start a fire and also a license to put it out.

He moved to Iowa in 1972 when his father figure Kenneth Billeter relocated to Iowa. He was employed by Amalgemated Sugar which operated in Grimes.

In the summer of 1973 he met Shirley Ann Perry on a blind date and they were married on April 12, 1974. It was a family joke that Vernon had such a poor memory for dates that they were married the day after his birthday so he could remember their wedding anniversary.

He quit his job in Grimes and started farming. He said he decided to start farming after he heard President Nixon say farmers never had it so good. He received a diploma in Farm Equipment Repair Mechanics in 1978. He went back to SWCC and received an Associate of Arts degree of applied mechanics in 1993.

His biggest joys were the birth of his daughter Jennifer Lynn in 1976 and his son James Kenneth in 1978.

He was preceded in death by his parents and adopted father and best friend, Kenneth Billeter.

To order memorial trees or send flowers to the family in memory of Vernon Roach , please visit our flower store.