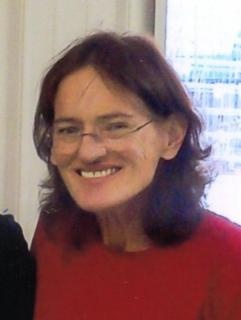 Funeral Services: Will be held on Thursday, January 11, 2018, at 11:00 a.m. at the Steen Funeral Home in Greenfield with a luncheon immediately following at the St. John’s Catholic Church in Greenfield. Father Dan Kirby will officiate the service. Burial will be in the Iowa Veterans Cemetery in Van Meter at 2:00 p.m. with full military graveside rites by the Greenfield American Legion Head-Endres Post No. 265 and V.F.W. No. 5357.

Family Visitation: The family will greet friends on Thursday, January 11, 2018 one hour prior to services at the Steen Funeral Home in Greenfield.

Memorials: Memorials may be directed to the DAV.

Vicky Lynn Borst was born November 27, 1952, in Guthrie Center, Iowa, the daughter of Kenneth and Betty (Hoy) Borst. She passed away on Thursday, January 4, 2018, at the Greenfield Rehabilitation and Health Care Center in Greenfield, Iowa, at the age of 65.

Vicky grew up in Redfield and attended Dexfield Community High School in Redfield. She served her country in the United States Army from 1974 to 1976, receiving the National Defense Service Medal. She then worked as a secretary for many years at the Army Corps of Engineers in Omaha, Nebraska. She had lived in Iowa, California, Missouri, South Carolina and Kansas and then moved to Greenfield, Iowa, in 2014.

Vicky enjoyed camping, baking, traveling and was an avid reader. She always attended all of her children’s sporting events and loved the Iowa Hawkeyes. She was always proud to show off her grandchildren to everyone she would meet. She was very close to her mother Betty Jean and learned a lot of her sewing and cooking skills from her.

To order memorial trees or send flowers to the family in memory of Vicky Borst , please visit our flower store.