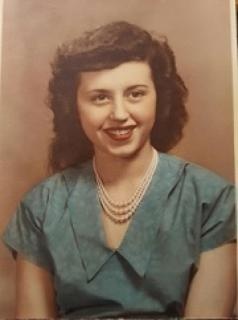 Graveside Services: Will be held on Friday, November 11, 2016, at 11:00 a.m. at the Greenfield Cemetery. Pastor Eric Schubert will officiate the service.  The Steen Funeral Home in Greenfield is in charge of the professional arrangements.

Memorials: Memorials may be made to the Viola Vanatta memorial fund to be established by the family at a later date.

Viola M. (Kralik) Vanatta was born December 30, 1931, in Nevinville, Iowa, the daughter of Arnold George and Carrie Irene (Huffman) Kralik. She passed away on Tuesday, November 1, 2016, in Boulder, Colorado, at the age of 84.

Viola started school in Richland through half of second grade, then moved to Greenfield and graduated from Greenfield High School in 1949. In 1949, she was united in marriage to Russell Dean Vanatta in Greenfield, Iowa. They were divorced and then in 1969 they remarried and then divorced again in 1989. She moved to Boulder, Colorado in 1954.

Viola was a dental assistant, waitress, hostess and assistant manager at the Boulder Country Club for many years. She also worked in retail clothing as a seamstress and accounts receivable. She retired in 1994.

To order memorial trees or send flowers to the family in memory of Viola Vanatta , please visit our flower store.