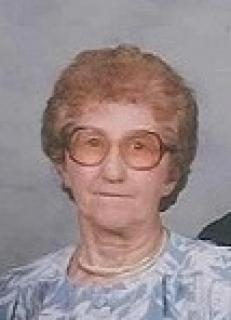 Funeral Services: Will be held on Thursday, June 28, 2018, at 11:00 a.m. at the Massena United Methodist Church with burial in the Victoria Township Cemetery, south of Massena. Pastor Mark Millikan will officiate the service. A luncheon will be held at the church following the services at the cemetery.

Family Visitation: The family will greet friends on Thursday at the church one hour prior to services.

Memorials: May be made to the Virginia Barnholdt memorial fund to be established by the family at a later date.

Ruth Virginia Barnholdt was born December 31, 1925, in Greenfield, Iowa, the daughter of Paul and Hildred (Cox) Penton. She passed away on Sunday, June 24, 2018, at the Heritage House in Atlantic, Iowa, at the age of 92.

Virginia grew up on a farm south of Massena and went to country school at Victoria #8 for eight years then went to high school for four years in Massena. She taught country school for a time. In July of 1946, she was united in marriage to Norman “Jack” Barnholdt in Kansas City, Kansas. To this union two sons were born: Richard and Michael. They farmed for several years in the Massena and Anita area.

Virginia was an avid card player, enjoyed gardening, putting puzzles together, country music, was an excellent cook and especially enjoyed being with her family. She was a lifelong member of the Massena United Methodist Church.

She was preceded in death by her parents; husband, Norman “Jack” in 2000; two sisters, Lois Campedelli and Norma Sue Herrick; and two brothers, Don and Virgil Penton.

She is survived by her two sons, Richard (Bobbi Jean) Barnholdt of Anita and Michael (Bobbie Jayne) of Atlantic; five grandchildren; three great grandsons; sister-in-law, Phyllis Penton of Atlantic; other relatives and friends.

To order memorial trees or send flowers to the family in memory of Virginia Barnholdt , please visit our flower store.