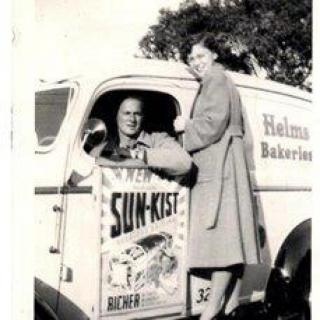 Celebration of Life Services for Wayne and Virginia Hopkins will be held on Saturday, May 9, 2015, at 1:30 p.m. at the Greenfield United Methodist Church in Greenfield. Pastor Eric Schubert will officiate the service. Desserts and snacks will be served immediately following the services. The Steen Funeral Home in Greenfield is in charge of the professional services.

Memorials: Made be directed to the Salvation Army, in care of Steen Funeral Home, P.O. Box 390, Greenfield, Iowa 50849.

Virginia Dorothy Hopkins was born on Tuesday, January 29, 1924, the daughter of Jack F. and Elizabeth Dorothy (Cowl) Murray in Detroit, Michigan. She passed on Saturday, November 1, 2014, at her home in Greenfield, Iowa. She was 90 years young.

Virginia was raised in Los Angeles, California. On September 1, 1940, she was united in marriage to Wayne B. Hopkins and the couple resided in Los Angeles as newly weds. To this union four children were born; Sue, Dodie, Cheryl, and Phil. They raised their family in Sidney, Iowa--Wayne's home state. Virginia loved being a farmer's wife, a mother, and raising her children in Iowa. After Wayne retired from farming, they moved to Arizona, Nebraska, Colorado and back to Arizona for several years. They returned to Iowa in 1986 to her present home.

Virginia's greatest joy was spending time with her children, grandchildren, great grandchildren, and great great grandchildren. She was nicknamed "Sparky" by her neighbors and she loved it. The name suited her due to her high spiritedness and zest for life. Soon the name lovingly followed her everywhere she went. She was a compassionate caregiver for many family members. Virginia loved her family, friends, baking and decorating cakes for special occasions, good times, trips, watching her grandsons Brett and Pat race cars in Boone, and staying active. She shared her birthday with her grandson Pat which will continue to be a very special day. Her best friend was her daughter Cheryl whom she spent time shopping, gambling, and laughing.

Those left to cherish her memory and continue her loving legacy include her two children, Cheryl Mather and husband Bill of Greenfield and Phil Hopkins and wife Judy of Bristol, VT; 13 grandchildren; 29 great grandchildren; 3 great great grandchildren; 3 brothers, Clifford Murray, Jack Murray and Gilbert Murray; 2 sisters, Barbara Baroldy and Georgia Murray all of California; many nieces; nephews; other relatives and friends.

"Do not watch the petals fall from the rose with sadness. Remember, like life, some things must fade before they bloom again."

Wayne Burton Hopkins, youngest of four children, was born September 19, 1914, in Watson, Missouri, to George and Mabel Mills Hopkins. He died March 21, 1993 at his home in Greenfield, Iowa, at the age of 78 years. Cancer took him from this life.

Wayne was raised on a farm in Albion, Nebraska, and later moved to San Diego, California. He worked as a painter and then moved to Los Angeles, California, where he had a bakery route. On his bakery route he met his wife of 52 years, Virginia Murray, they were parents of four children, Sue, Dodie, Cheryl, and Phil.

In 1943, they moved to Sidney, Iowa, where Wayne was owner of Hopkins Feed and Grain, a farmer and livestock feeder, and served on the local city council.

In 1968, they moved to Phoenix, Arizona, where he owned the Copper Kettle Trailer Villa. He retired in 1970 at the age of 55, due to illness. They then moved to Nebraska City, Nebraska; Montrose, Colorado; back to Phoenix, Arizona and then a final move to Greenfield, Iowa in 1986.

Wayne was preceded in death by his parents; his daughter Doris “Dodie” Roettger; his granddaughter, Stephanie Ruse Anderson; his sister Ruth Sapp, and his brother Herschel.

He was survived by his wife, Virginia, of Greenfield, Iowa; daughters, Virginia “Sue” Walter of Phoenix, Arizona, and Cheryl Mather and husband Bill of Greenfield, Iowa; his son Philip and wife Judy of Bristol, Vermont; his brother Donald and wife Geneva of San Diego, California; 13 grandchildren, six great grandchildren, nieces, nephews, and other relatives and friends.

Wayne will always be remembered as a hard worker, strong provider, and most of all as a loving and devoted husband, father, and grandfather. He took with him the hearts and love of many, but left behind a lifetime of memories that will be cherished forever. He will be missed.

To order memorial trees or send flowers to the family in memory of Virginia Hopkins , please visit our flower store.
Send a Sympathy Card