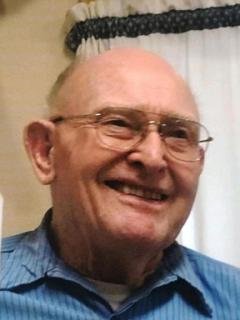 Prayer Service: Will be held on Saturday, February 15, 2020, at 5:00 p.m. at the Steen Funeral Home in Massena with burial in the St. Timothy’s (Reno) Cemetery at a later date. Father Bob Aubrey will officiate the service.

Memorials: Memorials may be directed to the Walter McCurdy memorial fund to be established by the family at a later date.

Walter Wayne McCurdy was born June 28, 1932, on the family farm south of Cumberland, Iowa, the son of Walter William and Grace E. (Brown) McCurdy. He passed away on Sunday, February 9, 2020, at the Creston Specialty Care in Creston, Iowa, at the age of 87.

Walter grew up on the family farm south of Cumberland and attended country school in the same area. He graduated from Cumberland High School. He served his country in the Army Signal Corp from 1952-1954. On February 2, 1952, he was united in marriage to June Velda McConnell in Odesa, Texas. To this union six children were born: Joel, Katherine, Barbara, Donna, Mark and Brenda. They lived near Cumberland until 1964 when they moved to Massena. He was a self-employed electrician and farmer.

Walter was a member of the St. Timothy’s Reno Catholic Church, liked to build things and especially loved family get togethers.

To order memorial trees or send flowers to the family in memory of Walter McCurdy , please visit our flower store.
Send a Sympathy Card