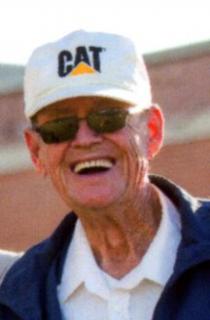 Funeral Services: Will be held on Saturday, September 16, 2017, at 1:30 p.m. at the Emmanuel Lutheran Church in Fontanelle with burial in the Fontanelle Cemetery. A luncheon will be held at the church following the committal services at the cemetery. Pastor Steven Broers will officiate the service.

Open Visitation: Will be held on Friday at the Emmanuel Lutheran Church in Fontanelle from 3:00 p.m. to 7:00 p.m.

Memorials: In lieu of flowers memorials may be made to the Wayne Bohling memorial fund to be established by the family.

Wayne attended Jackson #1 and Jackson #2 country schools, then to Bridgewater for sixth through eighth grades. He then attended Fontanelle High School.

Wayne started working for Taylor’s DX and Cummins Construction in Fontanelle, then he was employed by the Greenfield Cooperative for two years. In 1963, Wayne started at Schildberg Construction and retired after 40 years.

Wayne also owned his own rock truck, delivering all through Adair and surrounding counties. He has also helped Ross and Clel Herr with spring planting and fall harvest seasons for many years. The past 16 years, Wayne traveled Iowa with his famous Wayne’s Corn Dogs, always being a staple at area July 4th celebrations and the Adair County Fair. Comments could always be heard from customers on the great taste of the corn dogs.

He was baptized and confirmed at Emmanuel Lutheran Church in Fontanelle. He removed snow for many years at the church and for the community. Wayne was a 4-H member growing up and continued to support the program. He was also a proud Fontanelle Lions Club member for over 35 years.

He was preceded in death by his parents; brother, Don Bohling; nephew, Michael Bohling; step sister; and step brother.

To order memorial trees or send flowers to the family in memory of Wayne Bohling , please visit our flower store.
Send a Sympathy Card