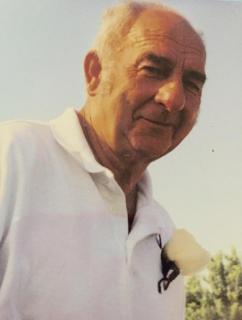 Funeral Services: Will be held on Wednesday, August 10, 2016, at 10:30 a.m. at the Steen Funeral Home in Greenfield with burial in the Greenfield Cemetery. Pastor Keith Schweitzer will officiate the service. A luncheon will be held at the Immanuel Lutheran Church in Greenfield following the committal services at the cemetery.

Memorials: Memorials may be made to the Wayne Jameson memorial fund to be established by the family.

Wayne Lewis Jameson passed away peacefully on Friday, August 5, 2016 surrounded by his loving family. He was born on June 6, 1935 to Clyde and Katherine (Funke) Jameson. Wayne grew up on a small farm in rural Adair County with several brothers and sisters. He was educated in the Greenfield School System and was a 1953 graduate of Greenfield High School.

He was employed by Feeders Service and Schildberg’s, ultimately starting his own construction business, Jameson Construction, which he successfully and happily operated until his retirement. He also helped manage various family restaurants with his wife, Connie. He officially retired in 1997 but continued to do small projects for his friends and family.

Wayne loved woodworking. He enjoyed making shelves and furniture and his family would often be the recipients of his exceptional masterpieces. He also found happiness in watching football and wrestling. Wayne would often attend a local football game or wrestling match, especially if one of his grandchildren were competing. He would ask you to pull up a chair to watch a good John Wayne movie or Western. He also enjoyed gardening and would drop everything to spend time with his grandchildren and great grandchildren. He was a kind and caring man, devoted husband, father, and grandfather, always thinking of others first. To know him was to love him.

To order memorial trees or send flowers to the family in memory of Wayne Jameson , please visit our flower store.
Send a Sympathy Card