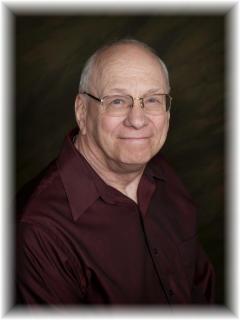 Funeral Services: Will be held on Wednesday, July 25, 2012, at 10:30 a.m. at the First Presbyterian Church in Greenfield with burial in the Greenfield Cemetery with full military graveside rites by the Greenfield American Legion Head-Endres Post No. 265 and V.F.W. Post No. 5357. Pastor David Kincaide will officiate the service.

Memorials: To the Wayne Ray memorial fund to be established by the family.

Wayne grew up in Greenfield, graduating from high school in 1950. He attended Creston Junior College and later electronic school in Des Moines. He was inducted in the Army in December 1953 and served as a clerk typist in Trial Council at Fort Ord, California, during this time.

On April 5, 1953, Wayne was united in marriage to his high school sweetheart, Joyce Johnson, at the Presbyterian Church in Greenfield. They made their home in Greenfield, celebrating 59 years together. To this union three children were born: Wendell Lee, Linda Louise, and Ann Marie.

Wayne was in business with his dad in Ray Truck Line, hauling lumber, sand, and cement from railroad cars to the lumberyards in Greenfield, as well as livestock and grain to market. Wayne went to electronic school in the evening and, when Lyle retired, he started his own business: Wayne’s Radio Service—later to be known as Wayne’s TV—Appliance—Giftware. He operated this business with his wife for 50 years at 113 SE Jackson in Greenfield.

Wayne was a member of the Presbyterian Church and served as Sunday School teacher, team teaching young children with his wife for many years. He was an ordained elder and deacon and served multiple terms. He enjoyed music and was an active member of the church choir for years. Wayne and his wife Joyce sang for funeral services for many years. He also served on the church session.

Wayne was preceded in death by his parents Lyle and Hazel Ray, father-in-law Victor Johnson, and sister Virginia Piper Cannon. He is survived by his wife Joyce; his three children: Wendell (Diane) Ray of Greenfield, Iowa, Linda (Al) Polito of Monticello, Iowa, and Ann Ray of Cincinnati, Ohio; his grandchildren: Jonas (Jill) Ray, Jordan Ray, Joel Ray, Josiah Polito, and Blythe Polito; his sister-in-law Judy Laurens; nieces and nephews; and many other relatives and friends.

To order memorial trees or send flowers to the family in memory of Wayne Ray , please visit our flower store.
Send a Sympathy Card