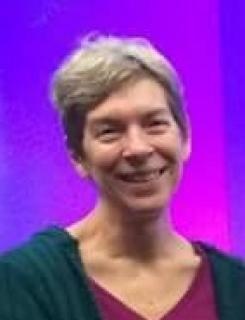 Celebration of Life Services: Will be held on Monday, September 3, 2018, at the Cornerstone Fellowship Church in Greenfield at 10:30 a.m. with burial in the Greenfield Cemetery. Pastor Mark Underkofler will officiate the service.

Memorials: In lieu of flowers memorials may be directed to the Wendy Sheeder memorial fund to be established by the family at a later date.

Wendy Marie Sheeder was born September 28, 1960, the daughter of Harold and Maxine (Struble) Jobst in Dexter, Iowa. She passed away on Tuesday, August 28, 2018, at the Greater Regional Hospice Home in Creston, Iowa, at the age of 57.

Wendy was raised on a farm in Dexter and graduated from Dexfield High School in 1979. After graduation she worked for AT&T in Des Moines and later at the ASCS office in Greenfield, Hanson Feed and Grain in Greenfield and for the last 15 years owned and operated the Grand Theater in Greenfield.

On January 1, 1984, she was united in marriage to Kenneth Sheeder in Dexter, Iowa. She loved her grandchildren, enjoyed gardening and her passion was the movie theater.

She was preceded in death by her parents; brother, Kenneth Jobst; sister, Donna Wollenberg; and sister-in-law, Phyllis Jobst.

To order memorial trees or send flowers to the family in memory of Wendy Sheeder , please visit our flower store.